You are here: Home / Bill Hayes - An appreciation

Bill Hayes of the Cork Road in Mallow, and formerly of this parish died last Friday. Everyone in Killavullen would have known Bill from his time as past proprietor of the Cosy Corner public house. Sincere condolences to wife Margaret, a Killavullen native and his children, Pat, Paul, Margaret, & Mark, grandchildren  & extended family on the sad passing of Bill.

Bill was a great supporter and friend of Killavullen GAA club– from behind his counter in the Cosy Corner, he observed the good days and bad days, of our club. Bill would be ever present at our games when living in the parish, supporting his own sons when they were playing, and afterwards as well, when they moved on. A very proud Tipperary man, he would have a grin from ear to ear, and laugh heartily when Tipp had a win over Cork.  The Cap would be on his head, in a sideways manner, invoking, inviting a response, but Bill knew his hurling, and could reason out the winning and losing of the game with even the most astute of judges. His jovial personality, especially his laugh and chuckles endeared him to many and we were truly grateful for his company.

Bill was also a keen supporter of Arsenal soccer team, and having lived in London for a period of time, he was well acquainted with the sport of soccer too. In a public house, as the landlord, you need to have the gentle art of conversation on any topic, and that came easy to Bill.

With the family having been reared, Bill and Margaret moved to the Cork Road, in Mallow, and Bill then set out and then lovingly created the finest garden on that road. His roses were brilliant, and gave him a great deal of pride. Bill and Margaret never forgot Killavullen though, always enquiring of our fortunes and supporting any fundraiser we have had since. Guess, God needed a gardener up in Heaven, but did he not realise, when he called Bill to himself, that he will hear an awful lot about Tipperary Hurling now, and indeed football, after their win in 2020

Our thoughts and prayers are with you as a family, at this very difficult and sorrowful time. May Bill rest in peace. 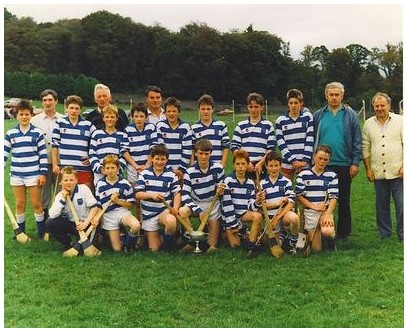