You are here: Home / Gerard Owens Memorial Cup Success for Killavullen Under 12’s 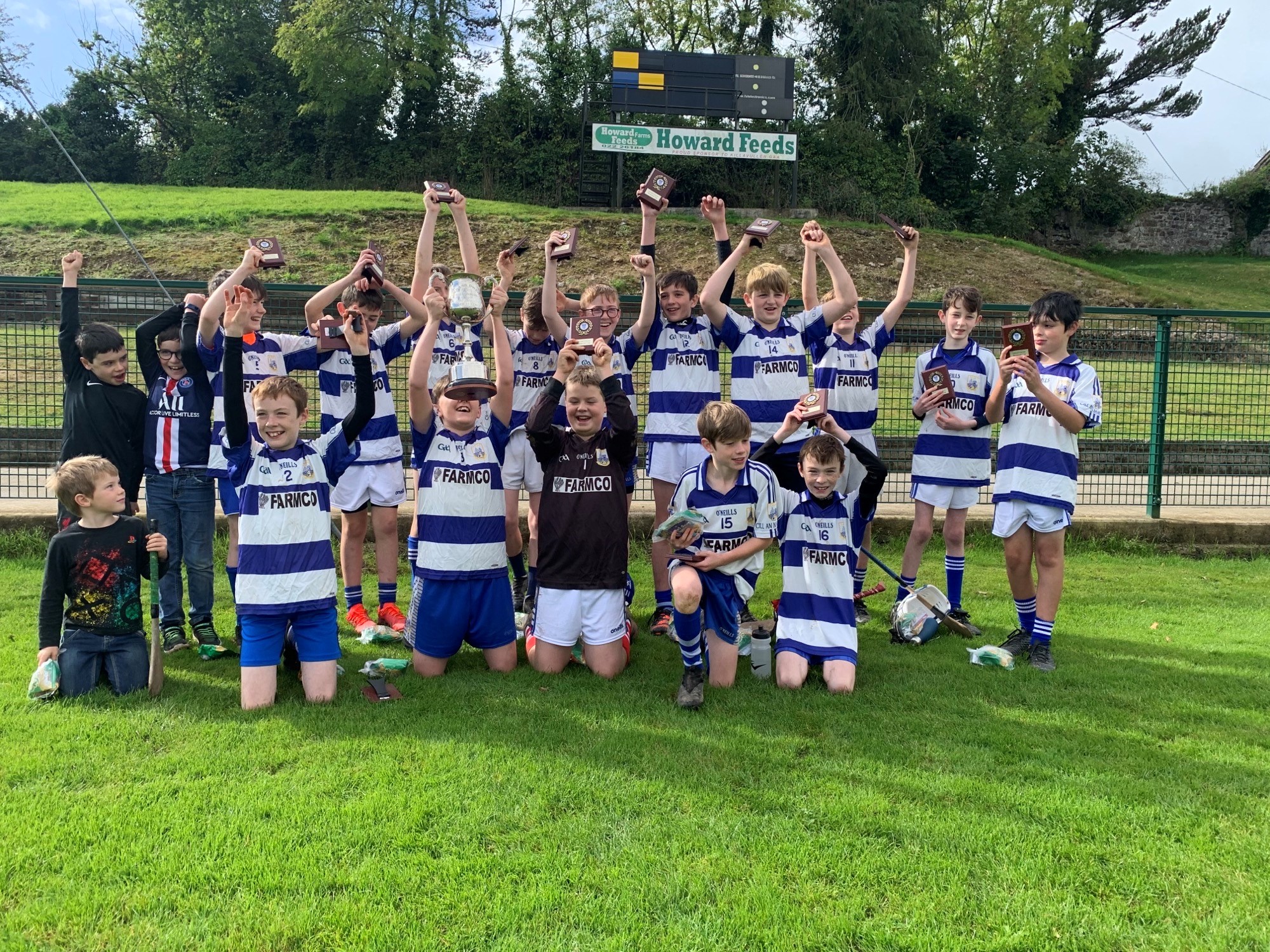 Congratulations to Killavullen’s U12 hurlers for winning the Gerard Owens Memorial cup on Sunday last, for 2021. In a tightly fought contest against St Kevin’s they found themselves a few points ahead at half time. By the midpoint of the second half that lead had been erased with Kevins fighting to get the upper hand. However Killavullen finished the stronger of the two teams scoring a few critical goals to just get them over the line by the slimmest of margins in a thoroughly entertaining game for all those present. There was huge commitment shown by both sides with every broken ball being fiercely contested by both sides. Thanks to Kevin’s for providing such a memorable match. The skill level of the players were fantastic and that skill level, matched with fantastic endeavors was fantastic to witness.

Deirdre and Gerry Owens were on hand after to present the Gerard Owens Cup to the victorious Killavullen team.

The Killavullen squad was as follows

He highlighted the cup fixture is one of the most valued and cherished annual events in the Club's juvenile calendar. Liam stated that while the club was unable to host the event in 2020 due to COVID restrictions, it was great to be back in 2021 for a hurling match with invitation to St. Kevins and Killavullen U12 teams, and what a match ensued.

Liam, in his fine address continued by saying that Gerard preferred his hurling to football and loved the skills and the challenge it brought. The event is not only a reminder to us of a remarkable and special young man who thrived at sports and winning but an opportunity for us all to celebrate the energy, spirit and competition of childhood sports for both boys and girls of all ages.

Liam thanked all who assisted in the organising of the event, the referee and his officials, St. Kevin's and Killavullen U12 players, coaches for a great sporting and competitive game of hurling.

Gerry and Deirdre, in unison presented medals to the St. Kevin’s players and the fine Gerard Owens Memorial Cup, to Kieran Cahill, Killavullen U12 Captain, where the cup has come home for 2021 and will spend the year in many Killavullen homes where Gerard will always be remembered fondly and an inspiration for many more.