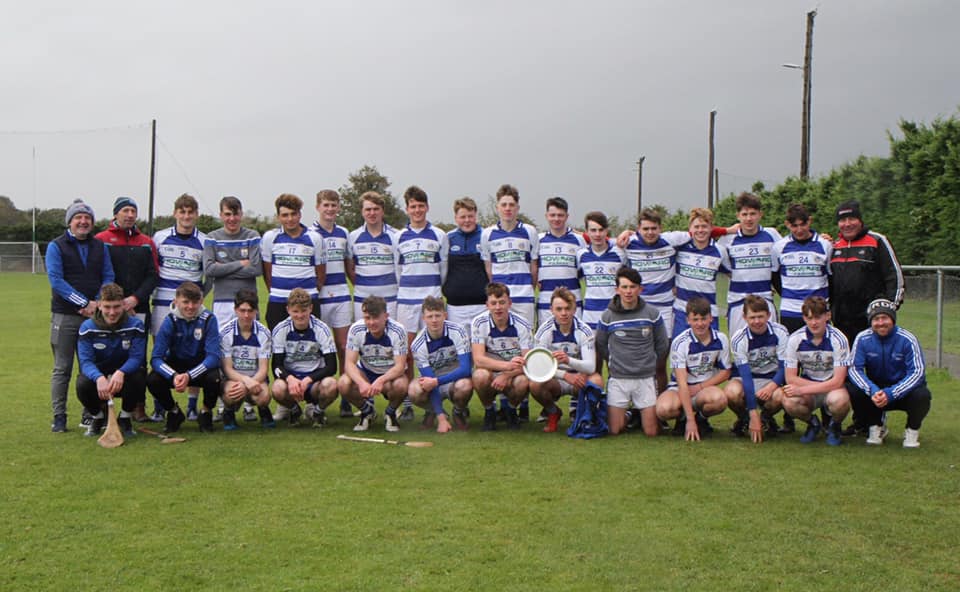 On Sunday last, in a bitterly cold and windswept Glanworth pitch, which held up very well to the unsavoury conditions, Killavullen defeated Ballycastle in the Shield Final of this Minor A Hurling championship. This win replicated the win in the round robin series, but the conditions were so different to the balmy evening in Ballyhooley, the last time round.

Ballycastle started brightly and playing against the win, in the opening half, and it was a swirling tricky wind at that, they held the lion’s share of possession in the opening 10 minutes. They manufactured two close in frees with their direct running style, and in Dan Roche, they have an ace free taker. Eoin O Hanlon got our opening score, coincidentally just when the streaming service of the game, which Joe Howard and John Hannon organised went live. Network issues precluded the streaming of the opening 7 minutes. The surface was very greasy, but it was the breeze that was very hard to judge, but Luke Burnett in the Ballycastle rear guard caught the eye at this juncture. Killavullen got their second score from Shane Walsh who seized on a wayward clearance to send the ball over the bar. Killavullen took the lead from the resultant puck out when Darragh O Grady who had a profound influence on the game, sent a lovely ball over the bar from distance. A feature of the game was the hooking and blocking of both sets of players, and the tendency of the play to be played at the town side of the Glanworth pitch, due to the wind. Dylan Collins raced through the heart of the Killavullen defence, but James O Keeffe in our goals reacted well, and blocked his shot with his feet. The ball was not cleared that far, and Killavullen coughed up another free, that Dan Roche converted again.

Killavullen took the lead again from Darragh again when he put a ball just inside the post, and held that score to the opening water break. Dan Roche, took an exemplary free from well out the field, and sent the low trajectory shot over the bat to equalise. Killavullen took the lead again, when Jamie converted a free after Michael Cagney had been fouled initially. Our next point came about when Seamus O Mahony gathered the puck out, which held up in the wind, and he released the ball, to Mark Nagle, who fired economically over the bar. A feature of the game now, was the dominance of Brian Cotter in the centre back berth for Killavullen, he was magnificent throughout the game, but especially so, when Killavullen were under the cosh. Behind him, Conor Griffin, Sean Palmer and Sean Barthly had to be very resolute in their defending. On the half line, Eoin Birchill and Ronan Barry played well also in the testing conditions. Shane Walsh pressurised the Ballycastle rear guard to concede a 65 Metre shot after pursuing a ball that was going harmlessly wide. Jamie converted that shot to push us out to a 0-7 to 0-04 lead. Dan Roche judged a long distance free to perfection to reduce the arrears to 2 point, in the 28th minute and got another free when Eoin Twomey was fouled to bring the deficit down to the minimum at half time 0-07 to 0-06.

Dylan Collins got the opening score of the second half to equalise, but we took the lead again, when a free from Jamie Magner held up in the wind, and Seamus O Mahony reacted best to the dropping ball, and his goal bound shot was forced over the line, by an alert Mark Nagle from his corner forward berth. Killavullen got the following score, after another majestic catch in the air by Brian, from the long puck out. Brian fed the ball to Seamus, who slipped a heavy challenge and released the ball from the ground, and Darragh O Grady seized on it, and sent it over the bar. Ballycastle responded with another point, after we had defeated a dangerous dipping free from Dan Roche well, with Conor Griffin prominent. 1-08 to 0-08 at this stage. Darragh O Grady got fouled on our 45 Metre line, and Jamie Magner sent the free over the bar, with a sweet strike against the wind. Ballycastle got the next point from a free again and a long puck out travelled in the wind, and our backs were strong to prevent a score after another free dropped short. Shane Walsh, back tracking gave an immense help to the defenders. Jamie got the next score from an impossible angle from another free to push out our lead again to 4 points, 1-10 to 0-09.

Darragh was fouled in front of the Killavullen dug out, and from the resultant free, which was tailing wide, due to the gusting wind, Mark Nagle kept the ball in play, and batted it back towards the goal, where Colm Looney was on it, like a flash, and powered it to the net. That was the score at the next water break, 2-10 to 0-09.

Eoin Birchill and our half back line were good in the last quarter, with Michael Cagney doing a lot of hard work in this period, to assist his midfield partner Darragh O Grady. Mark Nagle snapped up another point before being replaced by Colin Carey, and Ben Hunter replaced the hard working and very effective Shane Walsh. Jamie got another point to bring our tally to 2-12. Kian Lane also came into the game to replace Sean Bartley. Jamie Magner belied his age and size and stood up manfully as they game petered out somewhat as a contest. Ballycastle did manufacture a goal right at the dead, from an acute angle, but Killavullen had done enough to win.

The Killavullen Management structure of Dave Brosnan, and his background team of Kevin Rice, Finny Magner and Kevin O Regan deserve enormous praise for keeping a tight group together in this strangest of years, and gave us enormous pleasure in following them, and seeing them when possible.  Killavullen have forged a fine team at this age group, with stylish hurlers with a good work ethic. 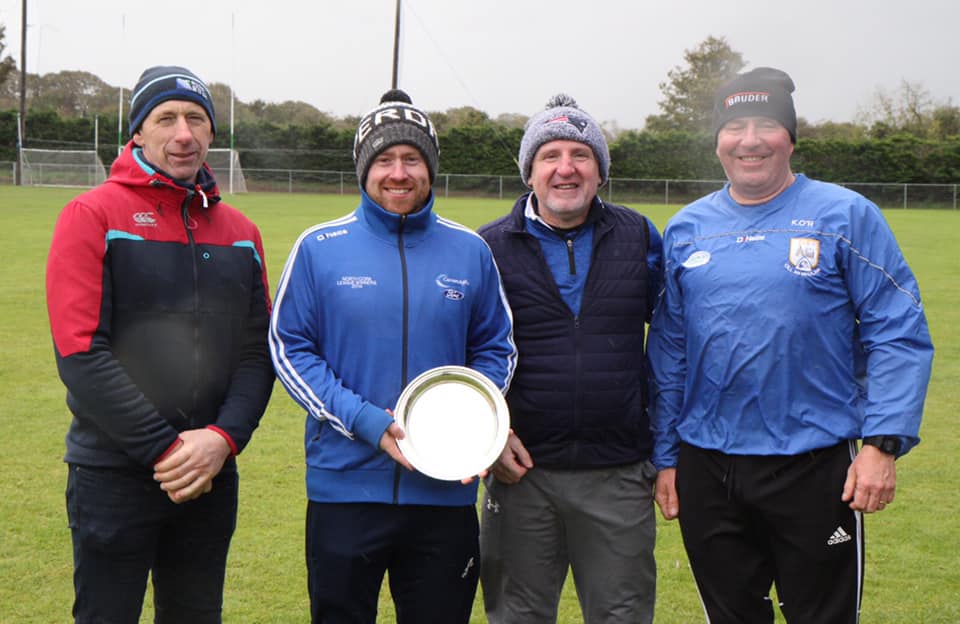