You are here: Home / Successful Minor A Round Robin campaign ends with a good win 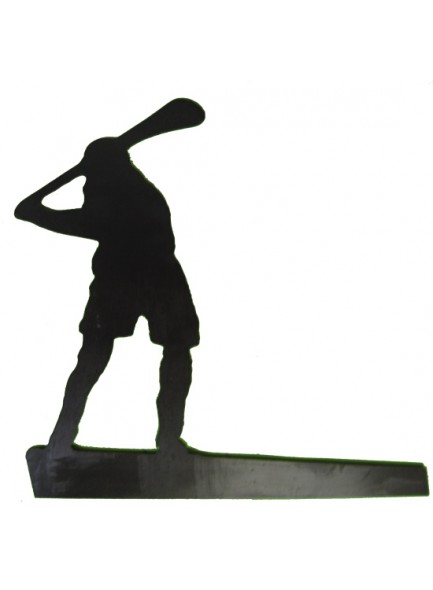 Earlier tonight in the splendid pitch in Ballyhooley, Killavullen defeated Ballycastle Gaels in the final round Robin series of games, in this year’s Minor hurling Championship. Killavullen need to win tonight, and needed Fermoy to defeat Charleville to make the final, of this prestigious A Grade completion.

Killavullen started in a whirlwind and they harried and blocked in the forward division, and then seized on any opportunity that came their way. Shane Walsh, was immense on the night, opened the scoring in the 1st minute, and this was quickly followed by an impressive point from Mark Nagle. Michael Cagney seized on a breaking ball in midfield to fire over our next score before Eoin O Hanlon scored the next point, and all this within the opening 6 minutes. Colm Looney then sent over an audacious point from right out on the touchline, and proved that was no fluke, when he repeated this twice more, in quick succession. By dragging his man out the field, he was able to use his strength and pace to elude the same marker, and open up a commanding lead for Killavullen, with only 11 minutes gone. Ballycastle got a score back in the 13th minute but impressive half back, Eoin Birchill then scored another beauty of a score which Ballycastle answered back with a converted free to leave the score at the first water break, on a balmy night 0-08 to 0-02.

Ballycastle came more into the game after that rest period, but Killavullen backs, with the half back line of centre Brian Cotter, and flanked by Eoin and Ronan  were very dominant, while behind them, Conor was very strong and determined at full back, with Chris and Sean, tidy in the corners. Ballycastle added a point from play in the 21st minute only for Darragh O Grady, was very prominent in midfield, to score a trademark point on the run before Ballycastle got their fourth point on the night, from another converted free, by their ace marksman, Dan Roche. Ballycastle reduced the arrears further with another point from play, but then, Jamie Magner got on the soring sheet with a point from a placed ball, and then a lovely score from play, only for Ballycastle to claw another one back, to leave the score at 0-11 to 0-06.

The Ballycastle keeper somehow got a firm stick to a Colm Looney pile driver, which seemed destined for the goals, only for the intervention of the goal keeper’s stick, and push the sliotar around the post. Jamie converted the 65 Metre free shot, and then sent another free, from right out on the side line over the black spot in the centre of the goals to push out our lead further. Ballycastle rallied just before half time, and got two scores back, the second from a free, to leave the score at the interval, 0-13 to 0-08.

After the break, Ballycastle staged a revival, and brought the margin down to 3 points with the first two scores of the second period. Killavullen weathered the storm, and got one of the points back, from a free, courtesy of Jamie. Ballycastle brought their score to 0-11 only for Killavullen to up the ante again, and race for home with points from Jamie, from Darragh after good work by Shane, and from Colm Looney. Ballycastle again replied but then Jamie scored another from play, and the final score of the 3rd quarter was a converted 65 metre shot from Ballycastle.

Killavullen rang some changes from the bench, and the substitutes keen to stake a place on a team, that is hurling well, did not let up the intensity, and were the dominant reason in a score by Michael Cagney. Jamie got a free after good work by Seamus O Mahony to bring our tally to 0-20. At the other end, we had a nervous moment that Chris O Callaghan intervened to prevent a Ballycastle goal, and clear the ball from the line.

Colm Looney again brought another excellent save from their keeper after Ben Hunter showed great place and intelligence to cross into the centre for Colm. Jamie converted the 65 metre shot, and the game fizzled out as a contest and became a good deal rougher in the final 5 minutes. Killavullen tacked over two further scores, from frees as against one additional free for Ballycastle to leave the final score 0-23 to 0-14 in our favour.

In the other game in the group, Charleville came from being 5 points in arrears at one stage, to defeat Fermoy on a final score of 2-21 to 1-16.

Charleville and Fermoy will contest the final while Killavullen will have been very pleased with their foray in Minor A hurling, played 5, won 3, drew 1 and lost 1 game. Killavullen defeated Mallow, Shandrum and Ballycastle, drew with Charleville and lost to Fermoy in the opening game.