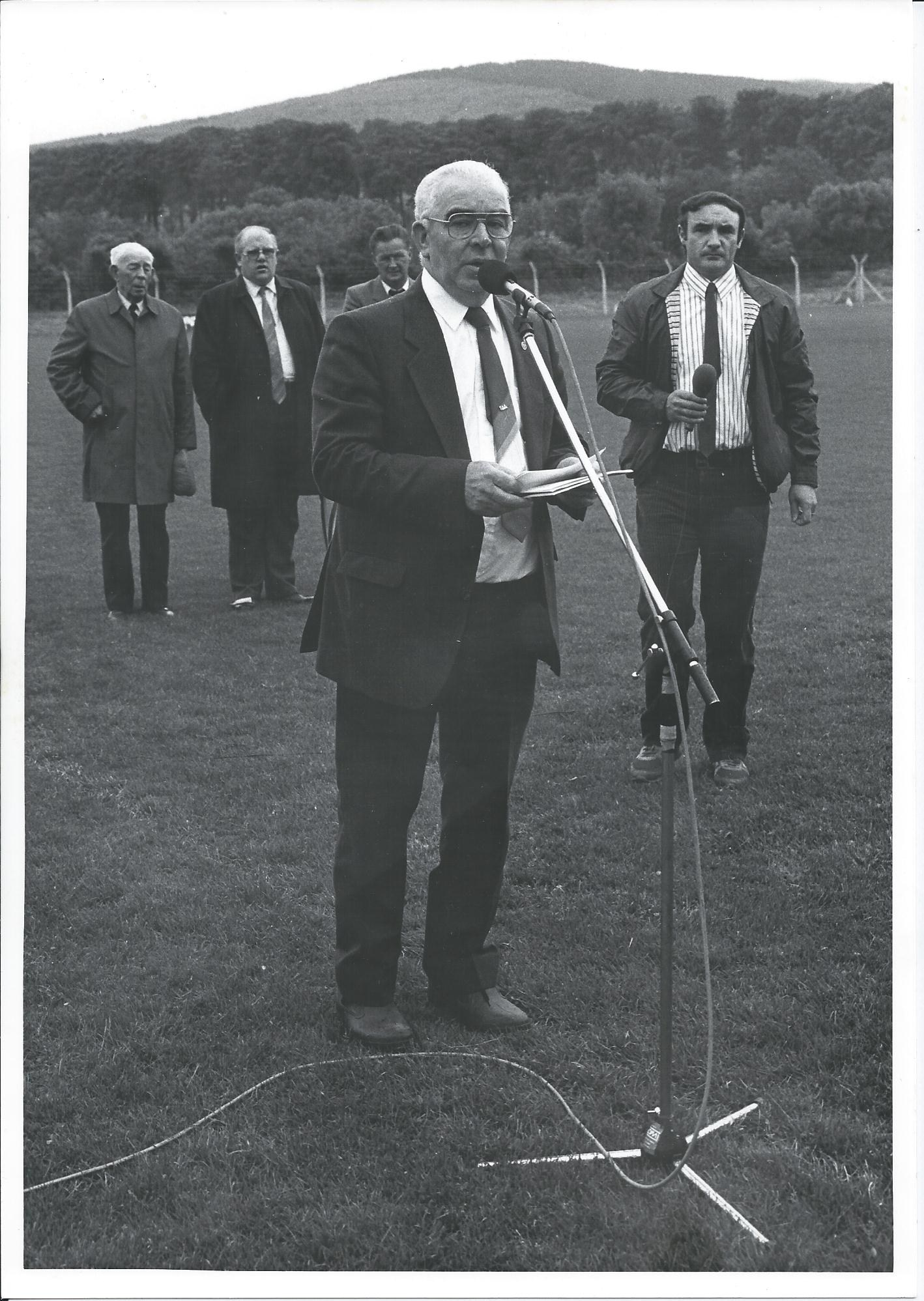 The club members are very grateful to the farmers who gave their fields down through the years, particularly the Lucey family, Ballymacmoy who provided the club with a playing pitch for over 30 years. Prior to that venue, games were played in the Inch Field of the property that is now part of the Nano Nagle Centre in Ballygriffin.

The club, to commemorate the centenary of the founding of the GAA, in 1984 the club were very grateful to the Browne Family from Killavullen from whom they purchased land near the village and since then have developed then into a magnificent playing field. It took time, with a lot of earth moving and landscaping to facilitate the playing surfaces necessary for a playing pitch. A small segment of land had to be purchased from Mr. Michael Linehan, to facilitate the size and the shape of the main field.

Two Dressing Rooms and a meeting room / Gym facilities area were added in time, and these are in heavy demand now.  The playing pitch must surely be one of the most picturesque in all of Cork with it being on the banks of the Blackwater River, though it is subject to the vagaries of flooding. However careful sitting of the dressing rooms means that these do not flood.

Recently, a second playing pitch has been leased from the adjoining property owner, Mr. Denis Linehan for which the club is very grateful to have this facility available to it.

Killavullen GAA Club lends its premises to various sporting, educational and cultural groups in the parish of Killavullen, and beyond. These include the two schools in the parish, Killavullen and Ballygown National Schools, as well as Mallow Search and Rescue group occasionally.

The premises of Killavullen would have a buoyant young population utilising their facilities as well, and we would be anxious that we can be as inclusive of all members of the community as possible.

The proximity of the existing facilities to the village of Killavullen is an additional bonus that is not lost on us, and to this end, we actively encourage both Killavullen and Ballygown National Schools to avail of the facilities and to promote our games there on. This is a huge benefit to present and future children. We want to maximise the use of the facilities and any investment in the club will benefit the pupils.

The growth in numbers has led us to examine the facilities that the club has at our disposal, and what is required going into the immediate future. It was felt within the club that the existing hurling wall which was constructed under the dynamic chairmanship of John Magner, was under-utilised, so we have laid an Astro turf area of 23 Metres x 22 Metres in front of the existing hurling wall, complete with fencing, lighting and access footpath from the existing dressing room to the astro turf area. This area will also permit training on the surface when inclement weather negates against using our fields.

Replacement Of Fence Around The Field

In the autumn of 2016, Killavullen GAA club replaced the existing steel pipe key-clamp fence around the main pitch which has become worn and jaded over the period that it has been in position. The new fencing is of the rebound type; 1.2 metres in height, Posts are set in the ground & concreted in place.

The existing gates of the field, made superbly by local craftsmen, Noel Fitzgibbon and Billy Fitzgerald in 2007 were able to be utilised again.

This project was completed between October and December 2016, and was part funded with the aid of a grant from the Department of Transport, Tourism & Sport.

Walkway Down The Blackwater Side Of The Main Pitch

The development committee next turned their attention to the amount of people that utilise the area around the field for recreational purposes. It is felt that a concrete path down the side of the field will:

This project was also completed in the autumn of 2016 once the playing season for the year was completed and access for machinery could be tolerated in the pitch environs.

Killavullen GAA Club was aware that their present astro turf area was not completely wheelchair accessible and very much regretted this fact To enable the Astro Turf area, and the second playing field to be wheelchair accessible, Killavullen GAA removed the embankment between the existing club house and the adjoining property, and lay a concrete footpath in that area.

The mill wheel was located on a plinth, towards the entrance to the astro turf area, so as to become a focal point, given its historic importance to the village of Killavullen, and the fact that our present GAA Grounds are called the Mill field.

This project was completed in October 2016, and was part funded with the aid of an amenity grant from Cork County Council.

During the upgrades works in 2016 and 2017, an opportunity arose to increase the size of the sand based training area that was already in place and to flood light this area to facility winter training under lights in the club environs.

Local contractor, Don Larkin built up the increased sand area onto which 210 tonnes of Wexford sand was spread which now allows training to occur when once the playing fields would have been damaged trying to accommodate.

Six poles with 3 flood lights on each were installed by local electrical contractor, Brian Mellerick to allow training to be conducted in the depths of winter and early spring.

This has become another invaluable asset to the club.

Killavullen GAA club has recently applied for planning permission for new dressing rooms and a general purpose room ancillary to our existing facilities. We have over 40 teams sharing our facilities at the moment so the extra space would be greatly appreciated. The project will cost approximately €200,000 and we are hopeful of receiving a grant of €150,000.

We also applied for funding to install outdoor gym equipment in an area near the astro turf. This type of generation x equipment is beneficial to different age groups and the entire community.